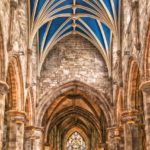 Religious persecution is systematic harassment or other cruel treatment of an individual or group of individuals due to their faith, religious beliefs or due to the fact that they fail to profess any or a specific faith. It can be considered the opposite of freedom of religion.

Have you ever come across religious persecution? Do any of the points mentioned above relate to you? Contact us